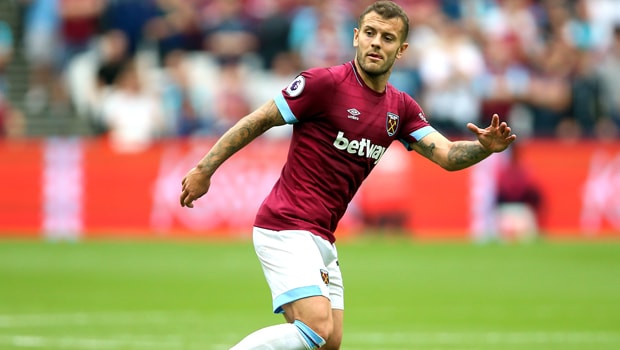 Jack Wilshere aims to prove to Arsenal that they were wrong to let him leave as he returns to the Emirates Stadium this weekend.

Arsenal play West Ham on Saturday with Wilshere in the claret and blue of the Hammers rather than the red and white of the Gunners.

The summer move brought an end to a 17-year association with Arsenal and will be the first time that he has faced his old club.

He admits that it will be a strange experience though he is determined to show that they were wrong to let him leave.

He is quoted as saying: “I’ve got to try and block all the emotion out. First of all, I’ve got to concentrate on football and I quite fancy our chances. I obviously know them really well.

“They’ve got a new manager, but I know the players, so hopefully it’ll be a good time to play them.

“It’ll be a strange one for me as I was never able to go there and play when I went out on loan as you can play against your parent club, but it’s one I’m looking forward to.

“It’s down to me to prove a point to Arsenal that they were wrong to get rid of me.”

The match on Saturday has greater significance as both have lost their opening two fixtures in this season’s Premier League.

The Gunners have admittedly had a tough start, losing to champions Manchester City and Chelsea while West Ham’s new manager Manuel Pellegrini has seen his side go down to Liverpool and AFC Bournemouth.

The Gunners are 3.00 to finish in the top four of the league this season while West Ham are 6.00 to be relegated.