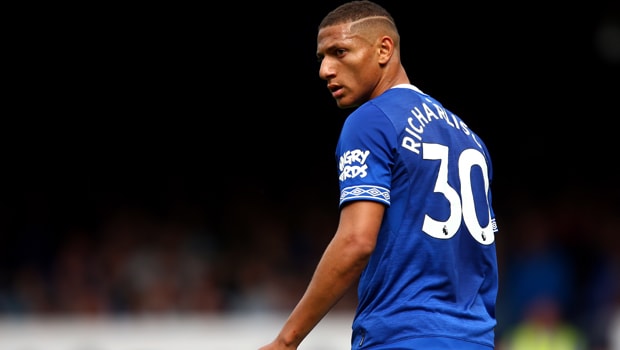 Everton boss Marco Silva said that new signing Richarlison is an investment for the club.

There had been criticism of the size of the fee, estimated to be around £50m, which Everton paid Watford for the 21-year-old.

However, he has made a good start to his time with the Toffees, scoring three goals in two games in the Toffees’ promising start to the new league season.

One of those goals was on Saturday in the defeat of Southampton and, after a great start to his time at Goodison Park, Silva compared his signing to that of Jordan Pickford last summer.

He said: “I think the people speak about his fee because it is their job to speak. I respect everybody, but I am sure people will understand where the market is now.

“I don’t know what happened last season, but when our club signed Jordan (Pickford), for sure everybody speaks in the same way.

“Everybody says it is too much money, this kind of thing and now he is the number one of the national team and nobody, nobody, talks more about his value in the market.”

After a troubled 2017-18 season which saw Ronald Koeman replaced as manager by Sam Allardyce, whose style of football didn’t appeal to the Goodison Park faithful, Silva will be hoping that Everton’s revival can continue when they travel to AFC Bournemouth.

The Cherries under Eddie Howe have themselves made an excellent start to the new campaign winning both of their games so far.

Richarlison is 67.00 to be the league’s top goalscorer while Everton are 13.00 to finish in the top four.