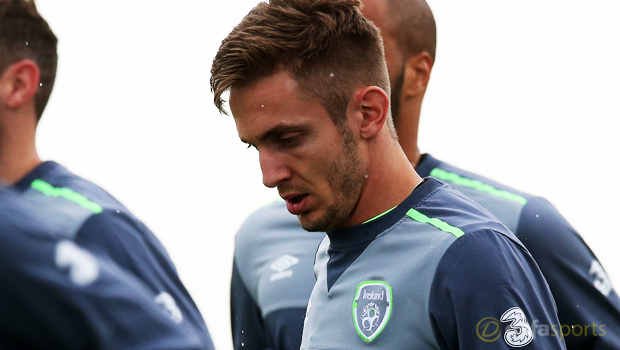 Kevin Doyle has revealed making Republic of Ireland’s Euro 2016 squad is not his main priority this season and the forward says he would not be hurt if he is not selected.

The 32-year-old does have 61 international caps to his name but he only made one appearance for the national team in the qualification stage for the major tournament in France this summer.

Doyle has managed to score 14 goals for the Boys in Green but the gradual slip down the pecking order has put his Euro 2016 spot in serious doubt.

His lack of playing time in domestic football had been a major reason for the limited chances for Ireland and the move to Colorado Rapids last year has not helped the situation.

Switching over to the MLS, for many, was seen as a good deal but O’Neill has not been able to see the striker in action on a regular basis.

Doyle admits moving to the US could cost him a place on the plane to France but the former Reading star says this is not something that bothers him anymore.

“If I had stayed in England and was playing weekly I would probably have a better chance, but I was thinking more of life and happiness and enjoying football in a different country,” he said.

Ireland, who are 101.00 to win the competition, are priced at 2.38 to qualify from their group which includes Belgium, Italy and Sweden.