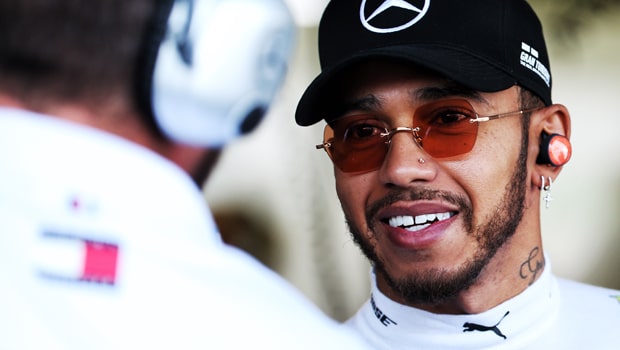 Mercedes star Lewis Hamilton is confident he can improve as a driver in 2019 as he tries to help his team move clear of their rivals.

The British star became only the third driver in Formula 1 history to capture five world titles, once again holding off the challenge of Ferrari’s Sebasyian Vettel as he retained his crown with two races to spare.

Hamilton admits his latest title success has yet to sink in but he has already turned his attention to 2019, where he wants to help his team improve in all departments.

He told Sky Sports F1: “I’ve not had time to really unwind and let off.

“I think that’s something that will happen over Christmas, but then it doesn’t stop there. Where can you improve?

Mercedes could be forgiven for taking their foot off the gas ahead of the season-ending Abu Dhabi Grand Prix this weekend.

However, team boss Toto Wolff insists his team have to continue striving for excellence as they try to hold off Ferrari and Red Bull, who have both closed the gap to the Silver Arrows this year.

“The celebrations in Brixworth and Brackley last week were a very humbling experience,” he said.

“Claiming the fifth consecutive double championship – an experience that only very few people in the sport have had before – felt amazing and we all cherished that moment.

“At the same time, everyone is extremely keen to continue to raise the bar together and be even stronger in 2019.”