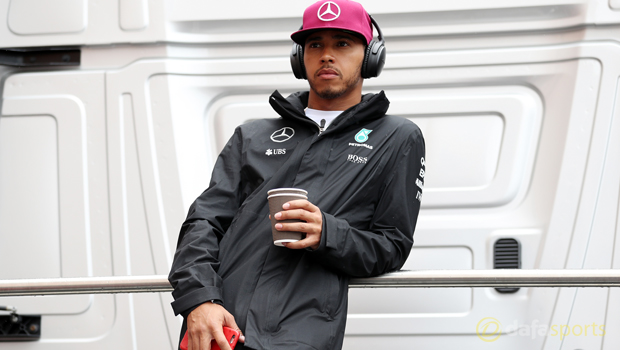 Mercedes star Lewis Hamilton has sent out a warning shot after insisting he is as hungry as ever to win and victory at the Canadian Grand Prix on Sunday is his only focus.

Hamilton has been the dominant driver over the past 24 months, having clinched the Drivers’ Championship over the last two seasons, but the competition is much fiercer so far in 2016.

Team-mate and rival Nico Rosberg started the campaign superbly by winning the first four races and he is currently leading the individual standings on 106 points.

Ferrari and Red Bull have also made improvements this term and both teams have cut the gap to the Silver Arrows, who are facing arguably their most difficult season in quite some time.

Hamilton has faced some testing times this term and no victory in the first four Grands Prix was followed up with a retirement in Spain when colliding with Rosberg.

The Brit managed to bounce back in style to triumph on the streets of Monaco and the gap has been cut to just 24 points with the action heading to Montreal this weekend.

Hamilton feels the recent outing shows he still has the desire to fight for the title and he hopes to build on his good record in Canada.

“I’ve proven that I’m just as strong as I’ve ever been and I will be for the rest of the year, so I’m looking forward to the next chapter,” he said.

“Montreal has always been a good track for me, so hopefully I’m able to shine like I did the first time I went there in that great city atmosphere.”

Hamilton is the 2.10 favourite to win in Montreal while Rosberg, who is searching for a maiden world title, is following closely behind in the market at 2.88.