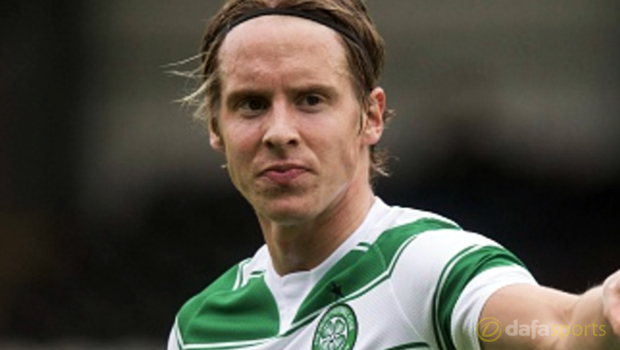 Midfielder Stefan Johansen has revealed he will hold discussions with new Celtic manager Brendan Rodgers about his
future at the club when he comes back from holiday.

Johansen has been a regular fixture in the first team since arriving from Stromsgodset in 2014 for a fee of £2million, making 73 Scottish Premiership appearances and scoring 12 goals in the process.

The Norway international’s impressive performances helped the Bhoys win the league title for a 47th time but there are still doubts over his future at Celtic Park.

His current contract only has one more year left on it and it is unclear whether new boss Rodgers, who succeeded Ronny Deila, wants to offer him an extension.

The former Liverpool manager is expected to add reinforcements to the squad and there are reports suggesting he will look to raid the Reds and also Swansea City.

Wales international Joe Allen is a player Rodgers worked with at the Swans, before signing him when in charge at Anfield, and the pair could be reunited again.

Johansen is feeling quite relaxed about his situation at the moment after revealing further talks over a new deal will take place before the start of the season.

He is quoted by the Scottish Sun as saying: “I spoke to the club during the season about a new contract but we didn’t get anywhere.

We’ll talk about it again with the manager when I get back from holiday.”

Celtic are the 1.30 favourites to defend their league crown next season while rivals Rangers, back in the top-flight after a four-year absence, are priced at 4.00. Aberdeen are next in the betting at 15.00 while Heart of Midlothian are a big outside chance at 41.00.