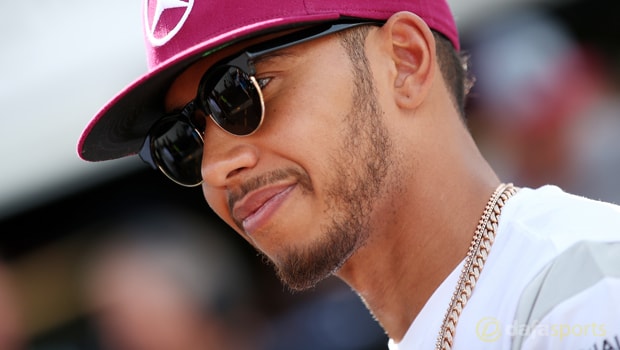 Mercedes ace Lewis Hamilton says he is not thinking about retirement and he hopes to keep challenging for accolades for many years to come.

German Nico Rosberg made the shock decision to walk away from the sport just days after winning his maiden world championship last year and there were suggestions his former team-mate Hamilton could do the same at the end of this season.

The Briton has been involved in a huge tussle for the title this term with Ferrari’s Sebastian Vettel and the second Silver Arrow of Valtteri Bottas, who is in his debut campaign with the defending constructors’ champions.

Currently, the three-time world champion is leading the standings on 263 points, 28 ahead of Vettel in second, after clinching a third straight victory in Singapore last time out.

Next up is the Malaysian Grand Prix – a race he won back in 2014 – and a second triumph at the track would further strength his grip on the trophy, which he is 1.15 favourite to win.

Hamilton was once again quizzed about his future in the sport and he has revealed all his focus is on competing for silverware for the longest possible time.

He was quoted as saying on ITV’s The Jonathan Ross Show: “No. There’s been talks about it and I definitely have thought about it and there’s been times when I’ve thought there’s other things I want to do, but then we’re in the heat of this battle right now and I’m loving it more than ever.

“The training, all the work that you put into something, and then you get to really show your abilities. It’s the greatest feeling ever so I’m going to keep going for as long as I can and see what I can do.”

Hamilton is 1.91 favourite to win in Malaysia, Vettel is a 2.60 chance whilst Bottas is priced at 7.00 to keep his faint hopes of a title challenge alive.