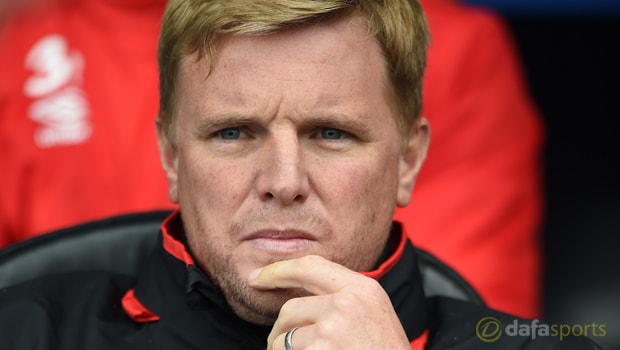 Everton made the bold decision to sell Belgium international Romelu Lukaku to Manchester United this summer for a fee around the £90million mark and many believe the club are yet to replace the striker.

Former England international Wayne Rooney was snapped up on a free transfer from the Red Devils as he returned to the club he started his career at whilst Sandro Ramirez was also added to the ranks.

Additions were also made in defence and midfield whilst promising goalkeeper Jordan Pickford was signed from Sunderland, who were relegated to the Championship.

However, manager Ronald Koeman has struggled to get all the players gelling together and his side are languishing down in 18th position in the table, having lost three of their five opening matches.

Goals have also been hard to come by, having scored just twice in the Premier League, but Howe still believes Everton boast wealth of attacking talent ahead of Saturday’s meeting.

“If you say they are less potent in attack, I don’t buy that,” he said.

Everton are 1.67 favourites to clinch all three points on home soil, a draw is priced at 3.80 whilst the Cherries, who are 19th in the standings, are 5.50 outsiders.

Howe’s men have gained two confidence-boosting victories ahead of the trip to Goodison Park, beating Brighton 2-1 in the league before sneaking past the Seagulls 1-0 in the Carabao Cup in midweek.