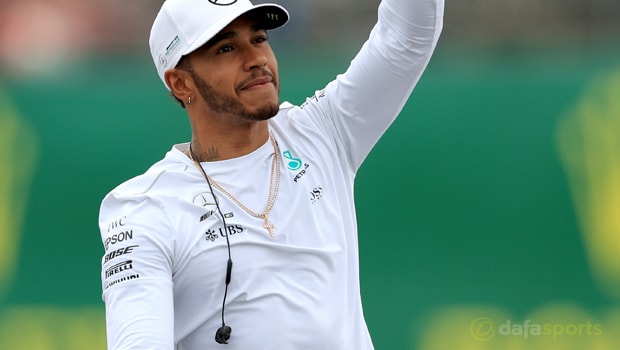 Mercedes ace Lewis Hamilton says he is looking forward to this weekend’s Austrian Grand Prix as he looks to extend his Drivers’ Championship lead.

It has already been a topsy-turvy Formula One season with the lead changing hands four times in the space of eight races and several more twists and turns are expected before the campaign is done and dusted.

Hamilton landed his third victory of the year in France last time out to move back to the top of the individual standings on 145 points, a 14-point advantage over Ferrari’s Sebastian Vettel in second.

With Red Bull’s Daniel Ricciardo the next closest challenger in third on 96 points, it looks like it is panning out to be another two-horse race for the title between the Brit and the German, who are both chasing a fifth world title.

Action heads to Austria this weekend – Red Bull’s home race – and the Silver Arrows will be eyeing a fifth consecutive win at the Red Bull Ring in Spielberg.

Hamilton is feeling confident about his chances of landing a second win at the track and pulling further away from Vettel in the Drivers’ Championship.

“I think Austria should be a fairly decent track. It’s been a decent track for us in the past, so I don’t see why it should be any different now,” he told reporters after the French win.

“I think the car should be good there. I think the Red Bulls have been particularly quick there in the past because it’s quite a good downforce circuit, so it’ll be interesting.”

Hamilton is the 2.05 favourite to win Sunday’s race, Vettel is priced at 3.20 whilst Max Verstappen, Ricciardo and Valtteri Bottas are all 9.00 chances to triumph.