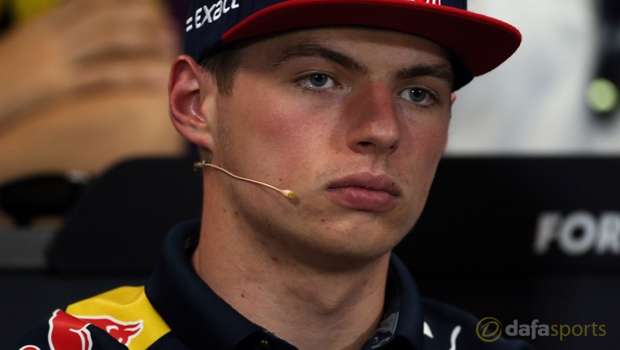 Max Verstappen insists he does not fear being dropped by Red Bull and is only thinking about further boosting his burgeoning reputation.

The Dutchman has impressed since becoming the youngest driver to ever compete in F1 last year and his form in the early part of the campaign persuaded the team to promote him from Toro Rosso.

He immediately rewarded their faith by winning in Spain and is now being tipped as a future world champion.

Verstappen’s elevation to Red Bull from its sister outfit saw Daniil Kvyat go the other way, with the team conceding that they were perhaps hasty in promoting the Russian in the first place.

With Carlos Sainz being confirmed for another year after some encouraging performances, rumours abound that he too could have his eyes on a promotion to Red Bull.

Daniel Ricciardo’s status as the team’s main driver means Verstappen would be the man to make way but the 18-year-old insists he is only thinking about improving.

Speaking ahead of this weekend’s Austrian GP, the youngster says he is cool about the situation and believes his past results mean he is comfortably ahead of Sainz in the pecking order.

“No I don’t feel the pressure from Carlos to be honest,” he said.

“I think I’ve shown at Toro Rosso how to beat him in the races and in qualifying. In general, I never really feel pressure so it’s OK for me.

“But at the end, you always try to do the best possible job and I think that’s always the approach in whatever team you are. And as long as you do a very good job, you have more opportunities than only one team.”