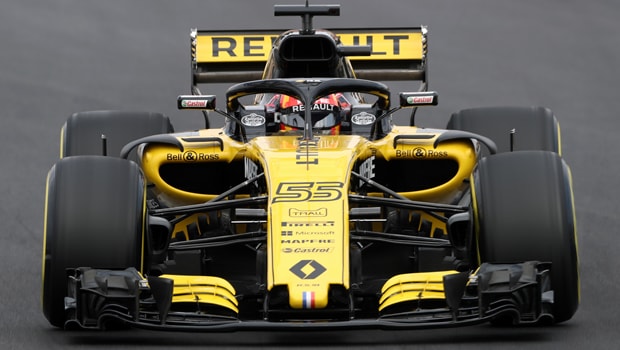 Carlos Sainz admits it was a boyhood dream fulfilled after he was confirmed as the long-term replacement for Fernando Alonso at McLaren from 2019 onwards.

Alonso, twice world champion, announced on Tuesday that he will retire from Formula 1 at the end of the year.

Sainz had been tipped for the post and he was confirmed as having put pen to paper on a multi-year deal with McLaren on Thursday.

Sainz, 23, is currently on loan at Renault from Red Bull and said it was a “childhood dream” to join McLaren and take his place at one of Formula 1’s most decorated teams.

He also takes immense pride in succeeding his compatriot and becoming the latest Spaniard in the McLaren drivers’ seat.

“I’ve been a McLaren fan for as long as I can remember,” he said.

“It’s a great name in the sport with an incredible heritage, and the list of drivers that have raced for McLaren over the years are among the heroes of Formula 1.

“Fernando is of course one of them, so it’s particularly special that I’ll be taking his seat as part of the next generation of Spanish racing drivers behind the wheel of a McLaren.”

“We’re incredibly excited to have Carlos join us as a McLaren driver,” said Brown.

“We’ve been assessing him for some time now and rate him very highly among the next generation of young talent emerging through the ranks in Formula 1.”