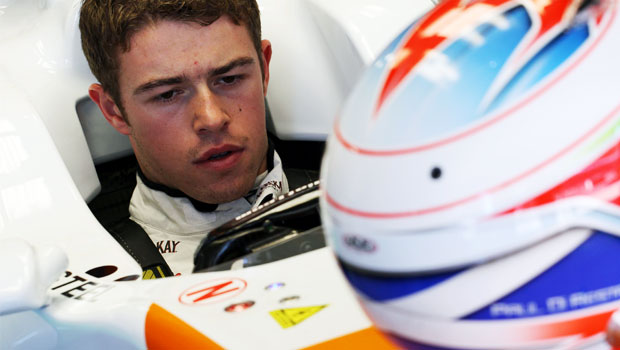 Paul Di Resta’s manager has admitted the Scot’s future at Force India remains very much up in the air after a difficult season in F1 for the driver and the team.

Di Resta has failed to pick up a single point in his last seven outings after an initial solid start to 2013 in which he managed points in seven of the first eight races.

His future has been open to debate for several weeks and it remains unclear if he will be retained by Force India for 2014, even though the team have an option on his contract for next season.

Richard Goddard, who represents the Scot, admits he does not know what will happen and concedes financial factors could hinder Di Resta’s chances of staying on.

“That is probably the biggest issue, that it is not just outright talent that gets you a seat in the car any more. But Force India have always been very fair in that they have tended to put outright talent in the car, and they haven’t looked to a driver to bring in income, which is great.

“That’s because they are well funded by a couple of individuals and corporations who are able to do that, and hopefully they will carry on doing that.”

Goddard admits race results have been below expectations for both the team and the driver, with Di Resta seemingly badly affected by the introduction of the new tyres following the British Grand Prix.

Goddard added: “He hasn’t produced the results he would want to produce, but overall it is the team under-delivering on what it should have delivered.

“The team is probably fairly disappointed at where it is because it started the season so well.”