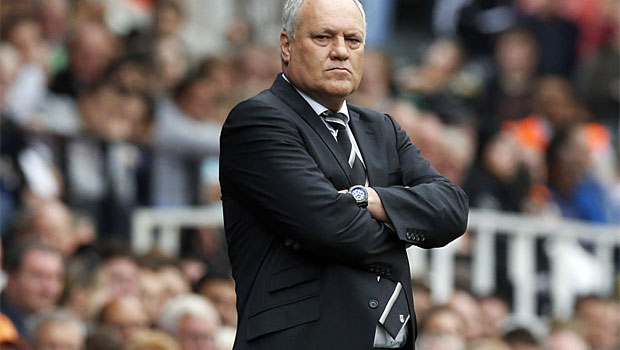 Fulham boss Martin Jol says he does not fear for his job despite the Cottagers sitting just above the relegation zone following a disappointing start to the season.

The London outfit find themselves in 17th position, level on points and goal difference with Norwich, who occupy the final relegation spot but Jol is not concerned and believes results will soon pick up.

Fulham earned a crucial three points as they defeat to Stoke City 1-0 just before the international break and now face a huge game against fellow strugglers Crystal Palace on Monday night.

Defeat against the Eagles would pile more pressure on Jol, but the Dutchman says all managers feel the heat and he is no different.

“I’m in a good position. We are like other clubs. We’ve got enough points not to worry and of course like other teams you need results and hopefully we’ll get some in the next couple of weeks.”

Jol says he has not spoken to the club’s new owner Shahid Khan about Fulham’s results but expects that to change when his NFL team Jacksonville Jaguars head to London at the end of the month.

However Jol says he will not be seeking assurances over his job.

“You shouldn’t exaggerate. All of the owners, even Mr Al Fayed wasn’t on the phone every week or every fortnight,” he said.

“The Jaguars will play here in a couple of weeks and I’m invited to go there in his box. I’ll see him then.”

Meanwhile, Jol also says he will not underestimate Palace despite their struggles this season.

“They came up from a lower league and they want to stay in the Premier League, maybe they haven’t got the resources from like Liverpool or Manchester United, but I think they did well,” he added.

“I would not underestimate one team in the Premier League.”