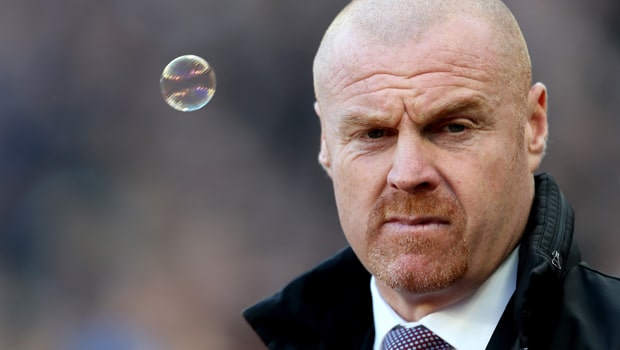 Sean Dyche says that Burnley’s Europa League experience is behind them and the focus is now solely on improving their league position.

The Premier League resumes this weekend after the international break with the Clarets 15th in the table and just a point above the bottom three. That is in stark contrast to last season when they finished seventh, qualifying for Europe in the process.

That meant an early start to the new campaign – they had already played three competitive matches before the start of the league season – and they went out of Europe in late August, failing to qualify for the group stages of the Europa League.

Since then their league form has been a concern but Dyche says although he wouldn’t have wanted to miss the experience of bringing European football back to Turf Moor, it has been a challenge. Ahead of the visit of Newcastle United on Monday night,

Dyche said: “It’s not really getting it out of your system, it’s just that it’s so new and a different experience that it’s bound to have a change in the psyche because you’ve never been through it before, me included in that and some of the players.

“I don’t think it’s a case of getting it out of our system, but factually it’s gone, it’s been parked.”

While the Clarets have not won in the Premier League since victory at Cardiff at the end of September, their visitors on Monday arrive on the back of a two-match winning run, with Newcastle having beaten Bournemouth and Watford to climb out of the bottom three.

Those results have pushed them alongside Burnley on nine points although Newcastle have a superior goal difference.