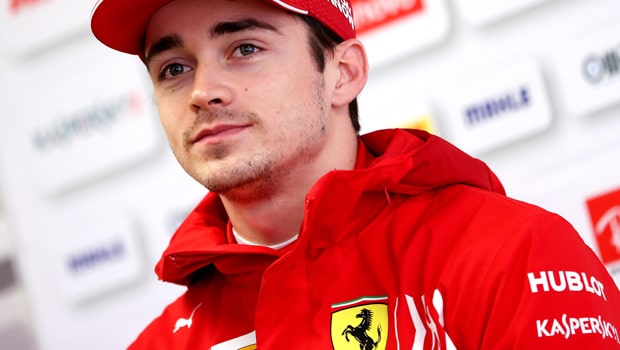 Ferrari’s Charles Leclerc is trying to stay as “cool as possible” after dominating qualifying in Bahrain to seal his maiden pole position.

The Italian outfit were heavily tipped to enjoy a strong campaign before the opening event in Australia after impressing during pre-season testing.

But they disappointed in Melbourne, failing to take up a place on the podium, as Mercedes duo Valtteri Bottas and Lewis Hamilton finished first and second respectively.

Ferrari team principal Mattia Binotto suggested earlier in the week that they would come out fighting as they look to make up ground on their rivals at the Bahrain Grand Prix.

They have certainly fulfilled that promise and look on a good position to claim the maximum points come the conclusion of Sunday’s race.

Leclerc can be backed at 2.10 to win the Bahrain GP after sending out a statement to his rivals by topping all three parts of qualifying, beating teammate Vettel by 0.294 seconds.

The Monegasque insists he is trying to keep his emotions in check ahead of the showpiece event and admits they still have plenty of work to do.

Leclerc said: “A lot of emotions but I am trying to stay as cool as possible because there are no points for pole position. It has been a great weekend for us but now we have to focus on the race and do the best race possible.”

Hamilton and Bottas will start third and fourth with Red Bull’s Max Verstappen one place further back. However, it was a frustrating day for Verstappen’s teammate Pierre Gasly as he struggled to get to grips with an “unpredictable” RB15.

The Frenchman, who joined as Daniel Ricciardo’s replacement this season, will start 13th on the grid and admits he doesn’t feel comfortable yet.

Gasly said: “It’s fair to say – especially this weekend, in Melbourne was okay – I don’t really feel comfortable, especially with the rear. “Wheelspinning a lot and quite unpredictable.”