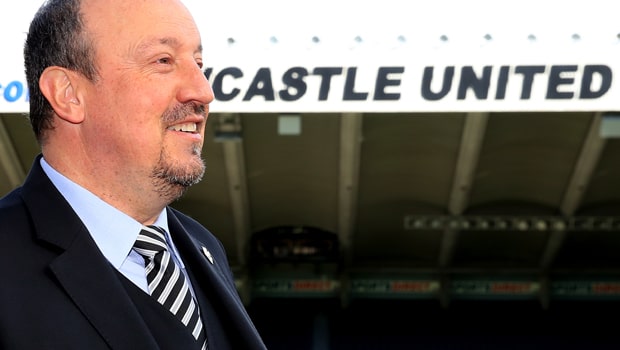 Rafael Benitez believes one more victory might be enough to see Newcastle safe this season but knows it will be tough to claim at Arsenal on Monday.

The Magpies travel to the capital sitting 14th in the Premier League after slipping behind Crystal Palace following their win on Saturday.

Newcastle are seven points clear of the drop zone after a huge improvement in performances since the turn of the year.

Their home form has been hugely impressive, winning five in a row, but they have struggled to match that run on the road.

Indeed, they are winless in seven away from St James’ Park and haven’t managed to win at Arsenal since 2010. With that in mind, Benitez understands that they face a tough task in trying to overcome Arsenal on Monday.

The Gunners have won nine in a row at home and their only defeat at the Emirates came on the opening day against Manchester City.

Benitez said: “If you see what Arsenal are doing, they are doing really well, so we cannot expect that it will be an easy game.”

But the Spaniard, who is out of contract at the end of the season, is refusing to approach the clash with a negative mindset and has challenged his men to go hunting for all three points.

He added: “I have to stay calm and send exactly the same message: it’s just one game at a time, the next one is the most important and try to get three points in this one.

“If we can do what we have to do and can get three points, then it depends on the others. But some of the other teams have got some points, so it’s not that you can say, ‘Now 37 is guaranteed’, it depends what they do.

“We have now 35 and we are fine, but still we have to win. For me, one game could be enough, but you never know, it depends on the other teams.”