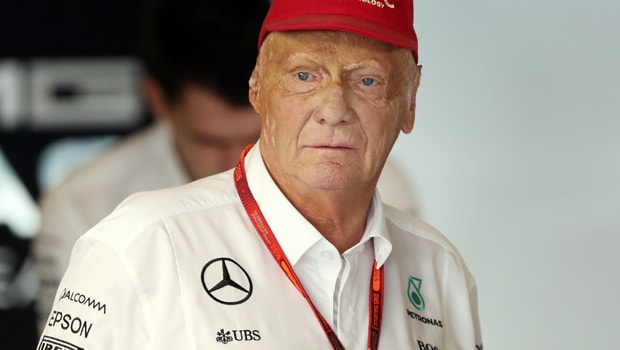 Verstappen had to come through the field in Sunday’s race at the Shanghai International Circuit after a disappointing qualification stage on Saturday left him 16th on the grid.

The Dutchman, who is 34.00 to win the World Drivers’ Championship this season, produced a sensational performance to take the final place on the podium, adding to the fifth-place result achieved in Australia.

The Red Bull star is sitting third in the individual standings, having amassed 25 points after the opening two races, but he is already losing ground on the two above him.

Mercedes’ Lewis Hamilton triumphed in China to move onto 43 points, level with Ferrari’s Sebastian Vettel, and many believe the duo will be fighting it out for the title this year.

Both teams appear to be head and shoulders above the rest of the field and Lauda, although impressed by Verstappen, believes the Milton Keynes-based outfit have a lot of work to do.

“Max’s performance was impressive,” he told Bild. “But I do not think Red Bull really got any closer.”

Red Bull are currently a 23.00 chance to win the Constructors’ Championship, while the Silver Arrows and Ferrari are priced at 1.40 and 2.80 respectively.

The action continues this weekend in Bahrain and Hamilton will be aiming for a third victory in Sakhir after triumphing in 2014 and 2015.

Vettel also has a good record at the track, having won on two previous occasions, but he will need to do much better than last year when he failed to start at the Bahrain International Circuit.