Carlos Sainz relieved to get off the mark 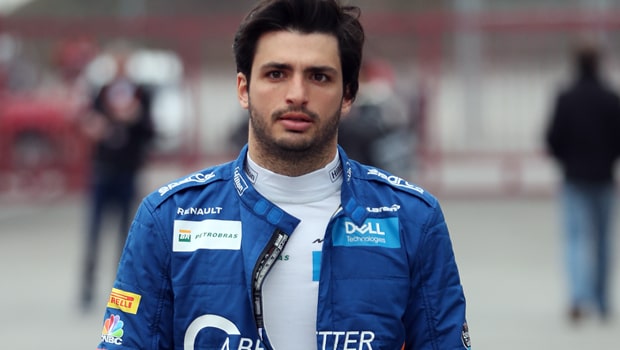 McLaren’s Carlos Sainz was relieved to finally get some points on the board after coming home seventh at the Azerbaijan Grand Prix.

The Spaniard has endured a frustrating start to the season but he is hoping to kick on after sealing his first points of the term in Baku.

Sainz was forced to retire at the season opener in Australia before finishing 19th and 14th in Bahrain and China respectively.

McLaren’s season was close to being over before it had even begun as they travelled to Azerbaijan for the fourth event last weekend. But Sainz was finally able to support team-mate Lando Norris, who finished in eighth, to take the teams overall tally to 18 points.

McLaren have jumped up to fourth in the Constructors’ Championship, and Sainz admits he was relieved to see the finish line after some hairy moments.

“On a personal level this one is a bit of a relief after three races where I had the pace I had today,” said Sainz.

“I still don’t understand three consecutive runs of bad luck happened to us. Today we didn’t have any issues and we just demonstrated what we are capable of doing.

“We had great pace all weekend really, it’s a shame that I couldn’t use it in qualifying because of yellow flags, but today within eight laps I was back to where I wanted to be which was attacking the Racing Point in front.

“Since then we showed really good pace, we were managing the tyres to the end behind Lando and Perez. That Safety Car gave Perez an extra half a second, second of lap time and we couldn’t pass him, but in general I’m very happy.”