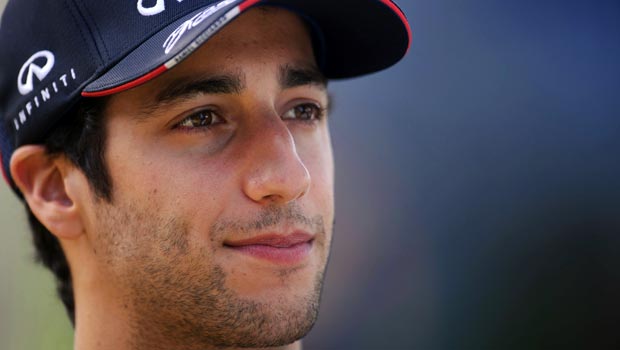 Daniel Ricciardo is yet to put a wheel wrong for Red Bull and has taken a “big step” forward after his victory at the Canadian Grand Prix, according to Mark Webber.

Australian Ricciardo replaced his countryman Webber at Red Bull for the 2014 season and claimed his maiden Formula One victory on Sunday when he capitalised on problems with the two Mercedes cars to take the chequered flag ahead of Nico Rosberg.

The 24-year-old became the first driver other than Rosberg or Mercedes team-mate Lewis Hamilton to win a grand prix this season.

He closed the gap on Hamilton in the standings after the British driver was forced to retire with rear-break failure.

Former Red Bull man Webber believes the victory is a big step going forward for Red Bull and Ricciardo after the early-season dominance from Mercedes.

“I watched the start [from Canada] and it wasn’t looking that exciting. A bit touch and go. But then I saw the Mercs have problems,” Webber said.

“For Daniel to get his first win was incredible for him. He hasn’t put a wheel wrong all year so far.

“There’s been testing regulations, wet qualifyings, and all sorts of stuff that’s been thrown at him. But for him to notch up his first win is a big step for him.”

Ferrari’s Fernando Alonso has also looked upon Ricciardo’s victory favourably, saying the dent in Mercedes’ armour shows other teams are still capable of winning this season.

“Like we’ve seen in Canada, anything can happen,” said Alonso.

“Who would’ve thought Red Bull would win a race so soon after winter testing?

“Mercedes was so dominant, but they had mechanical issues, so you need to be there to take the opportunities and Red Bull was there.

“That gives us motivation and shows us how things can change during a race weekend – it can be the weather, safety car, many different factors.

“Can we win a race this year? Yes, anything can happen.”

Hamilton remains the 1.85 favourite to win the World Drivers’ Championship in 2014, despite falling 22 points behind Rosberg following his retirement on Sunday.