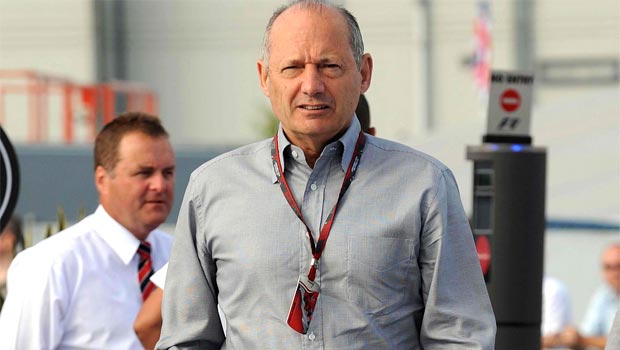 Former world champion Jenson Button has predicted the return of Ron Dennis will help put McLaren back on track in 2014.

McLaren are looking to improve after a disappointing 2013 campaign which ended with Button claiming their best result of the season – fourth place at the Brazilian Grand Prix.

Dennis replaced Martin Whitmarsh as McLaren group chief executive last week and Button, who is entering his fifth season with the Woking-based team, is anticipating better times ahead.

“Under Ron, this team has won multiple world championships, back to the days of Ayrton [Senna] and Alain [Prost] and before,” Button explained in a McLaren video accompanying the unveiling of the MP4-29 car.

“There is so much history of Ron and this team. He’s a true racer, he’s a true fighter, and he really has built this team up over the years.

“It’s good for the team, and it’s good for Ron that he has the chance to really drive this team on again. Everyone here is excited about the challenge of 2014 with Ron in charge.”

Managing director Jonathan Neale has also been very supportive of the 66-year-old’s return to the fold.

He said: ”It’s not just about making sure McLaren is totally focused on winning, but there is that way McLaren go about things.

”If ever there was somebody who had a very strong vision, and a sense of true north, and how it is to win in Formula One and why that’s important, then he’s got it in spades.”