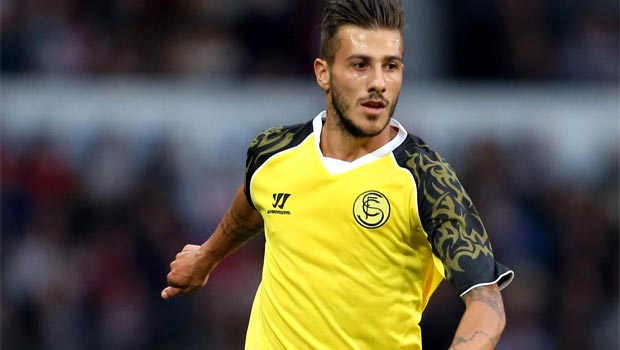 Diogo Figueiras wants to put his recent four-game ban behind him and help Sevilla qualify for next season’s Champions League.

The Portuguese defender was suspended after being guilty for abusing a match official during Sevilla’s shock Copa del Rey exit to third-tier Racing.

But, having served his sentence, all he wants to do is concentrate on matters on the pitch – starting with Saturday evening’s La Liga clash against Levante that Sevilla are 1.35 to win.

“It’s always painful to be out the team, especially when you’re suspended,” he said. “I don’t want to talk about what happened.

“Instead I want to focus on the future and regain my place in the team. But I know it won’t be easy.

We have a team with a lot of quality.”

With no impending arrivals due before the winter transfer window closes, Sevilla will have to make do with what they have got, but 23-year-old Figueiras is optimistic they can produce a strong finish to the season.

“It’s a bit early to talk about it but we’re playing well, we’ve found our balance and in Unai Emery we have a coach who knows the Champions League,” Figueiras said.

“We have to keep winning and playing good games to achieve our dream. Sevilla can be a Champions League club, that’s for sure.

“But we cannot get ahead of ourselves and claim to be one of the best teams in the league.”