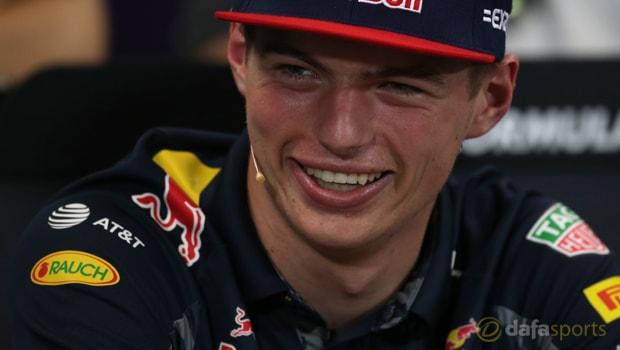 Hamilton’s title rival Sebastian Vettel recovered impressively after engine problems in qualifying forced him to start from the back of the grid in his Ferrari, eventually claiming fourth and minimising the damage to his title hopes.

A superb day for Red Bull was completed as Daniel Ricciardo finished in third spot. Verstappen has had a torrid season, a series of strong results being undermined by reliability problems and driver errors, but he delivered a mature performance throughout the race.

With Ferrari’s Kimi Raikkonen unable to start due to a mechanical problem, it meant Verstappen – who qualified in third – was closest to Hamilton on pole.

Just a day after exiting his teens, the Dutchman fended off an attack from Hamilton’s teammate Valtteri Bottas in the first corner and then put the race leader under pressure in the early exchanges before diving down the inside into turn one at the start of lap four to gain the lead.

With his championship to think of, Verstappen admitted there was not a lot the British driver could do to defend his lead in the circumstances.

“I think in the beginning, the car felt good and I saw Lewis was struggling a bit more with traction, so I used my battery a bit more. He has more to lose than me in terms of the championship.

From then on, I could race my own race. It’s a very tough race and it was incredible to win,” Verstappen said.

Hamilton now leads Vettel by 34 points with five races and 125 points left to fight for.