Rory McIlroy: ‘Greatest ever’ Woods has nothing to prove 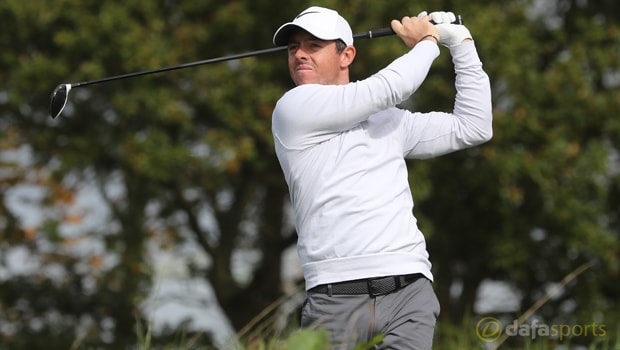 Rory McIlroy insists Tiger Woods has nothing left to prove to anybody should his competitive golf career be over.

The 14-time major champion revealed this week he is awaiting news from his doctors on whether or not he can play competitive golf again.

Woods has not played since withdrawing from the Dubai Desert Classic at the start of February and is currently recovering from a fourth back operation in the last three years.

“I spent a bit of time with him over the past few months and he’s waiting on his doctors to tell him when he can do things again.

He’s going to take their advice and not be maybe quite as stubborn as he was maybe back in the day,” McIlroy said of Woods.

The American transformed the game of golf with his majestic career says long-time fan McIlroy, who believes the standard of golf played by Woods in his pomp means he surpassed even the feats of 18-time major champion Jack Nicklaus.

“If he doesn’t play again, he’s been the greatest player that I’ve ever seen. He probably played the greatest golf that anyone in my lifetime has seen.

I didn’t really see Jack (Nicklaus) play. Jack has a better record but I don’t know if he played better golf,” McIlroy added.

“If this is it, he doesn’t have anything to prove to anyone. He can walk away from this game with his head held extremely high and he’s done wonders for this game.

“I don’t think there’s a single figure in golf who did more for the game in terms of bringing different groups of people into the game, different ethnicities, different age groups, made golf cool in the 90s, when it really needed an injection of something.

“So he’s a legend of the game and if this is it, then everyone should just applaud what a great career he’s had.”

McIlroy can be backed at 9.50 to win this week’s British Masters.