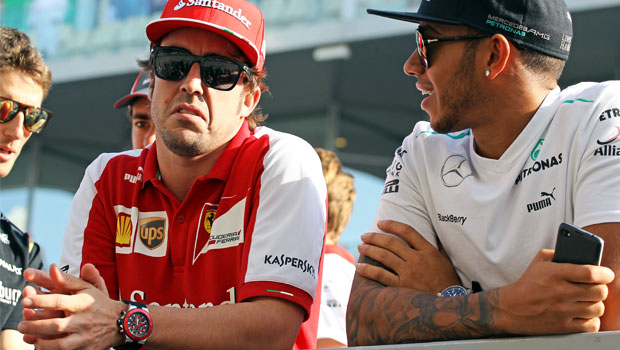 Fernando Alonso has played down a more disappointing qualifying campaign than usual in Abu Dhabi and insists that he can still keep himself, and Ferrari, on track.

With Red Bull having run away with both titles already, the race is on for the minor places with Alonso’s cause not helped by recent low starting positions on the grid.

In fact his team-mate Felipe Massa, who is leaving the Italian giants at the end of the season, has out qualified him in five of the last six races.

That includes Abu Dhabi this weekend, where Alonso failed to make it to Q3 for the first time this season and will start from 11th on the grid – promoted a place after Kimi Raikkonen – who was fifth fastest – was demoted to the back of the grid after his car failed a front-floor deflection test.

Alonso has downplayed his Saturday performances and insists that although there will be a greater risk involved, sees no reason why he cannot challenge for the higher positions.

“It is only Saturday,” said the Spaniard. “Maybe tomorrow we will finish with both cars in the podium, the important thing is Sunday and to get more points than our competitors and keep fighting for second in the constructors’ championship.

“I don’t know what is the goal we can achieve tomorrow.

“There is a little bit of a question mark, not just for us but for everyone going into the race, but I’m still confident that on Sunday we will get some good points, more points that our competitors.”

Alonso is currently in second place in the Drivers’ Championship, 24 points clear of Raikkonen and 38 ahead of Lewis Hamilton in fourth, while Ferrari have four points to make up on Mercedes – who locked out the second row in Abu Dhabi – in the Constructors’ standings but remain 24 clear of fourth-placed Lotus.