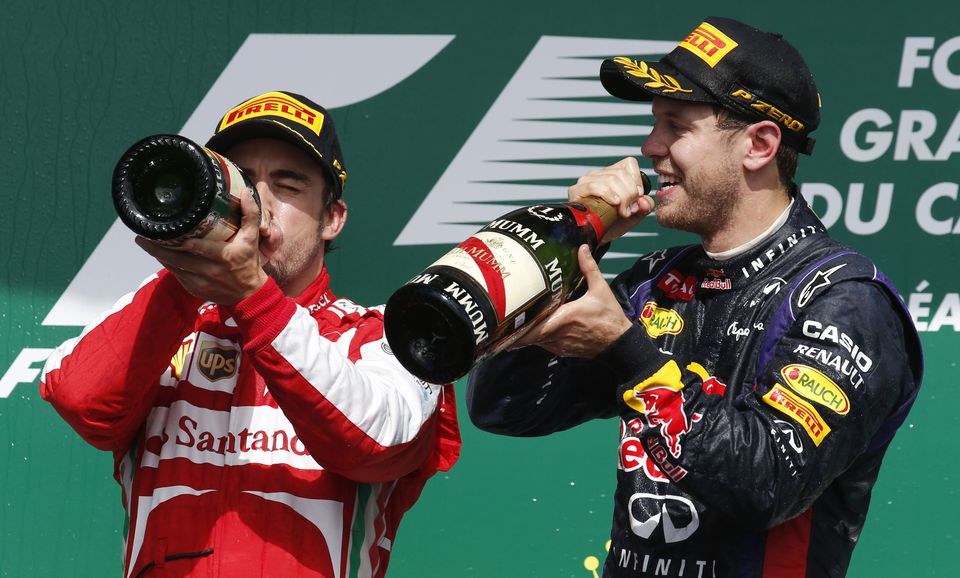 Ferrari star Fernando Alonso feels title rival Sebastian Vettel has been lucky so far this season and is keen to take advantage when the Red Bull driver eventually slips up.

Alonso is third in the standings at present with 78 points, eight points adrift of Lotus’ Kimi Raikkonen in second, but the Spaniard is confident he can catch Vettel.

Alonso, who won the Drivers’ Championship in 2005 and 2006, believes Vettel has been fortunate in the opening stages of the current campaign and insists the German will drop points at some stage of the season.

He said: “What is a little bit out of normality at the moment is the points that Sebastian has scored in these six races.

“Unlucky races will come to everyone and will come to him as well. When that happens we need to maximise it.”

The next race takes place on Sunday in Canada and Alonso will be desperate to outscore Vettel in Montreal in order to close the gap at the top of the standings.

However, in recent seasons Alonso has struggled at the Circuit Gilles Villeneuve; he came home fifth last year, was forced to retire in 2011, but did secure a third-placed finish in Canada in his debut campaign with Ferrari in 2010.

Alonso has won the Canadian GP once in his career, in 2006, while Vettel has never managed to take maximum points in Montreal but did secure second place in 2011.