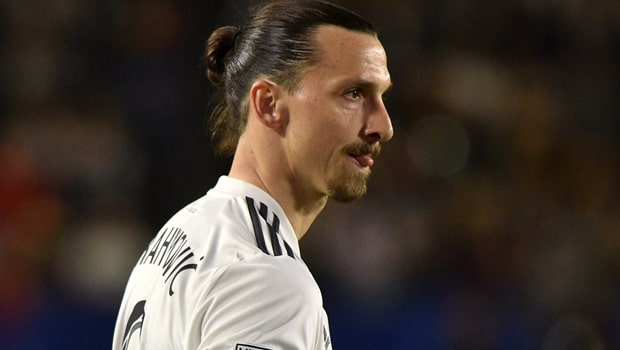 Los Angeles Galaxy star Zlatan Ibrahimovic says he has no desire to make a temporary move to Europe during the MLS off-season.

Former club AC Milan have indicated they would be keen to take the veteran Swedish striker on a loan deal in January.

Manchester United, Ibrahomovic’s final European club before his switch to MLS, have also been mentioned as a potential destination for the 37-year-old in the New Year but the frontman has moved to end any speculation he could make a loan switch.

“If I belong to Galaxy, I am a Galaxy player,” he said.

“I don’t go abroad and do these things – loan and this. I don’t need that.

“I mean if I belong to one club, I stay in one club. I focus on that club and I give all my attention to that club, so that is not in my mind.”

Galaxy’s season has come to an end after they failed to reach the MLS playoffs following a 3-2 defeat to Houston Dynamo on the final day of the regular season.

Ibrahimovic is under contract with the club for one more season and he is keen to remain in the USA, and he expects Galaxy to be among the title contenders next year.

“I am not here for a vacation. I am here for the challenge,” he added.

“I want to feel I have a chance to be the best in MLS – my team, not me, because I am the best. I want to feel my team against the other ones.”

United are 8.00 to win their derby trip to Manchester City and Milan are 4.33 to overcome Serie A leaders Juventus at the San Siro, with both matches taking place on Sunday.