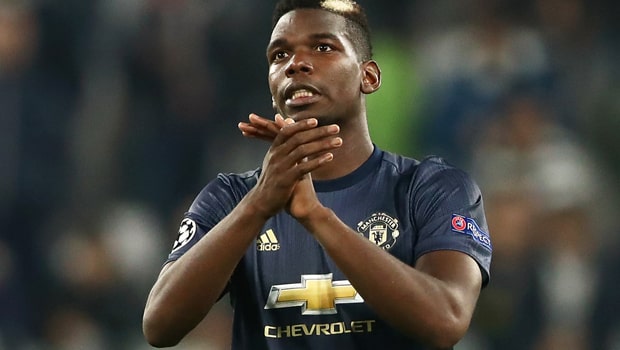 Manchester United midfielder Paul Pogba has moved to play down reports he is seeking a move away from Old Trafford.

Pogba helped France win the World Cup in Russia this summer and since his return to his club there has been constant speculation regarding his relationship with manager Jose Mourinho.

Catalan giants Barcelona have been credited with an interest and former club Juventus, who United face in the Champions League on Wednesday, have been also been mooted as possible suitors.

Pogba has now stressed he is happy with United and indicated he has no plans to move on in the near future.

“Do I look sad? Obviously, yes, I’m happy,” Pogba told reporters ahead of Wednesday’s trip to Turin. “Like I said again, I am really happy to come back [to United].

“I was really happy to come back to Manchester United, wearing this shirt, playing for this team because it is a big club. Obviously when you are playing in a big club like that there is always talk about this club and we know anything can go on.

“That’s all I do and, yes, I am really happy to do that.” United are currently seventh in the Premier League table and are 3.50 to secure a top-four finish this season.

Pogba has three goals in 11 league games this season and is 15.00 to open the scoring in the Manchester derby at City this Sunday or 5.25 to score at anytime.