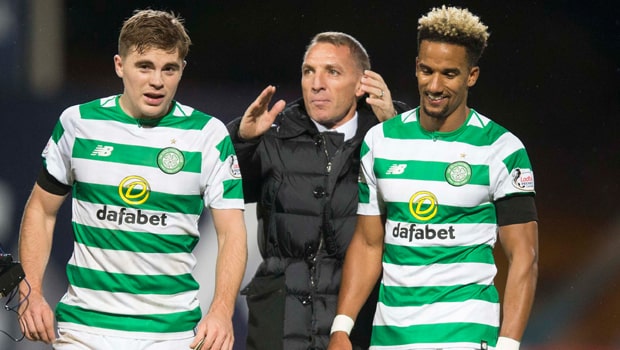 Celtic winger Scott Sinclair is convinced the Hoops can get their Europa League campaign back on track with a win over visitors RB Leipzig.

The Scottish champions lost the reverse fixture 2-0 in Germany but have been in good form since, registering three successive victories and scoring 13 goals without conceding.

Sinclair is well aware Leipzig will provide a huge test but feels Celtic have hit top form going into Thursday’s European encounter – and he says home advantage could be the difference.

“We know what we need to do to get the win,” Sinclair told Celtic View.

“The last game gave us a clear understanding of Leipzig and we’ve worked on how to overcome the challenge they pose us.

“We take every game as it comes and that lets us perform well and carry that momentum into the next game. This is a time when we need to progress and make sure we win what is ultimately a very important European game for us.

“Their pressing and transition into attack is very good. They had three shots on target in the last game and scored two goals from that.

That shows how clinical they are. We need to play our normal game and not let them force us to change.

“We’re much stronger at home with the fans behind us and the amazing atmosphere, so hopefully we have a much better game than we had in the last match and hopefully we get the win this time.”

Celtic are third in Europa League Group B, with three points from as many games so far, and a win would see them draw level with Leipzig on six points, while a defeat would all but see them eliminated from the competition.