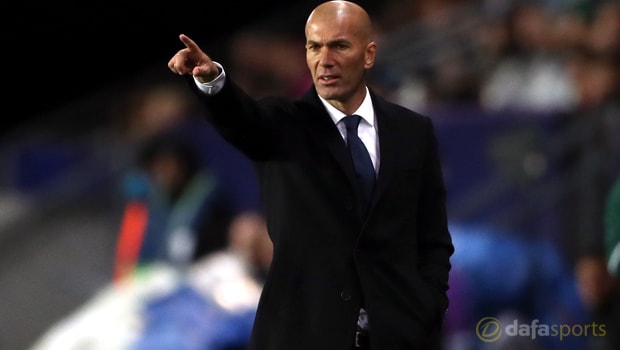 Despite failing to produce the free-flowing football they have displayed in the past, Los Blancos ended 2016 top of La Liga and hit the ground running in 2017 with a 3-0 Copa del Rey win over Sevilla on Wednesday.

They resumed their league campaign on Saturday with a crushing defeat of the Andalusians, with a brace from Isco and further goals from Karim Benzema, Casemiro and Cristiano Ronaldo sealing a comfortable win.

Zidane’s side have now not lost a competitive fixture since April when they went down 2-0 at Wolfsburg in the opening leg of their Champions League quarter-final, a competition they went on to win.

The Frenchman admits things are shaping up well for his side, but insists they will only be able to maintain their form if they continue to work with the same enthusiasm and passion.

“Our best spell while I’ve been here? Yes, because it’s a joy every time we pick up points,” he told reporters.

“The most important thing is what the players do every day. Now we have four days to rest until the Copa del Rey.

“Things are positive, but positivity only comes from good runs. What we want is results.

“Our unbeaten run? It’s the result of a job well done.

The players are putting in a tremendous effort every game, with pressure and concentration.”

Real are currently the 5.50 third favourites to retain their Champions League crown, with bitter rivals Barcelona leading the betting at 4.20 ahead of Bayern Munich, who are 4.75.