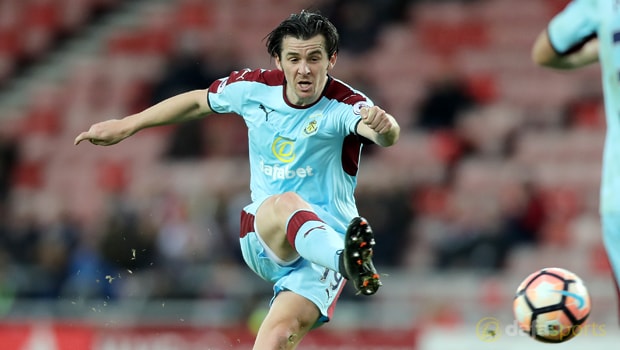 The midfielder played a crucial role in the Clarets’ promotion from the Championship last season but he left in the summer to take up a new challenge north of the border with Rangers.

However, after producing a string of mixed performances, a training ground bust-up with team-mates eventually led to him being suspended by the club and he was released from his contract in November.

The 34-year-old rejoined Burnley, who are 3.50 to go down, earlier this month and made his second debut for the club in Saturday’s goalless FA Cup third round draw at Sunderland.

For all of Barton’s controversies both on and off the field, his desire to win has never been questioned and the coach believes his attitude could prove key to keeping Burnley in the top flight.

“He just brings what he brought the time before he was at the club, which is his experience, his will, his demand on himself and the group, and he has made that clear by the way he goes about it,” Dyche said.

“We thought it was a good opportunity to play him today in a team that had a few changes. But, as I said, I believe in the group and I believe in Joey – that’s why he’s here.

Barton will now be hoping to make his first Premier League start for the club on Saturday against Southampton, a match his side are 3.40 to win, with the draw at 3.30 and the Saints at 2.20.