Zinedine Zidane: England have an opportunity to impress in France 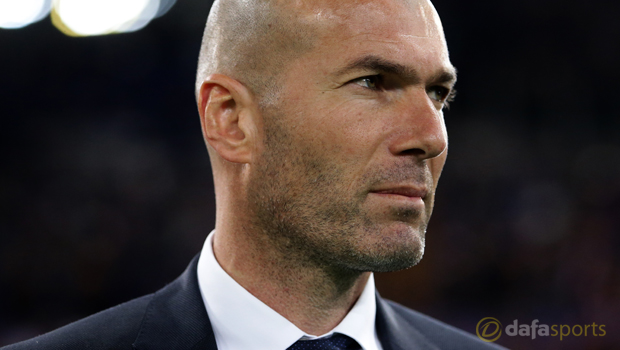 Real Madrid manager Zinedine Zidane believes England have the chance to show Europe how good they are at this summer’s European Championship Finals.

The former France playmaker says mentality has been the key barrier to international success for England in the past and he has challenged the current generation of Three Lions stars to show what they are capable of.

Zidane won the 1998 World Cup with France, scoring twice in the final against Brazil, before also helping steer Les Blues to European Championship victory in 2000.

The midfielder played in the 2006 World Cup Final defeat to Italy as his stellar international career came to a close.

He had plenty experience of playing against England in his career and he feels mental barriers were a big block.

“Some of those England teams I played against with players like Scholes, Gerrard and Beckham were more than capable of winning tournaments, so maybe mentality played a part,” Zidane said.

England have impressed in qualifying for Euro 2016, winning all ten games along the way.

According to Zidane, Roy Hodgson has some highly talented young players at his disposal heading into Euro 2016 but the Frenchman says they must prove their worth on the biggest stage of all.

“[Harry] Kane and [Raheem] Sterling are two exciting players for England,” he added. “This summer in France will be a real opportunity for the rest of Europe to see how good they are.”

England will face Slovakia, Wales and Russia in Group B at Euro 2016 in June.

Hodgson’s team are 13.00 to win the European Championships this summer.