Arsene Wenger happy to go to Hull for a replay 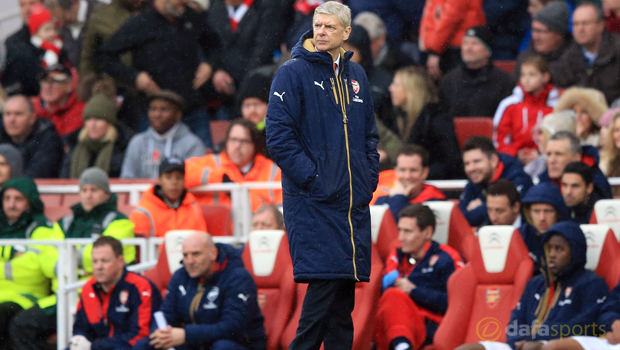 Arsene Wenger says he is happy to take FA Cup holders Arsenal to Hull for a fifth round replay.

The Frenchman came out in support of maintaining cup replays earlier this week and, having watched his side fail to take their chances against Steve Bruce’s side at the Emirates, he didn’t change his stance.

Arsenal had a lion’s share of possession again the Championship side and a total of 24 efforts on goal but they couldn’t find a way past Eldin Jakupovic in the visitor’s goal.

With the Premier League title race now in full swing and a Champions League last-16 double header with Barcelona starting on Tuesday, the Arsenal boss was asked if a cup replay at Hull was a nightmare for his team.

“A nightmare? No. It would have been a nightmare if we had gone out,” was Wenger’s response.

“The frustration is not to score. It’s not what we wanted, the replay, but I’m happy to have it. It’s not what I planned but it’s how you respond and how you find the solution.”

Arsenal and Hull are rapidly developing something of an FA Cup dynasty. Two years ago the Gunners battled back from two goals down to deny the Tigers after extra time in the final at Wembley.

Last season Arsenal eliminated Bruce’s side in the third round at the Emirates. Now, their rivalry will move on to the KC Stadium.

With no further injuries incurred, Wenger stood over his defence of the FA Cup replays.

“If you don’t have injuries, you can cope. If there are one or two injuries, then it could be a problem. But I like the English format and I like that you don’t do it like anyone else,” he added.

Arsenal are 5.00 to win the FA Cup for a third straight season.