James McClean eager to go into Euro 2016 on positive note 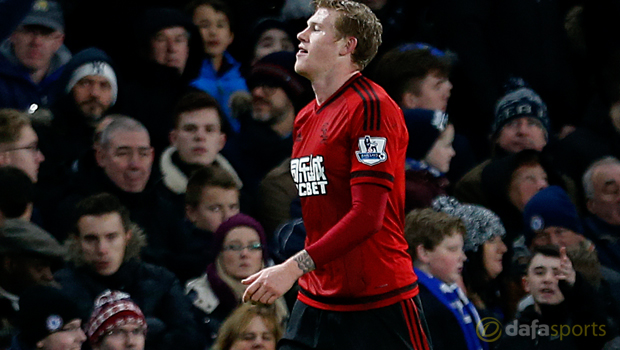 Republic of Ireland winger James McClean is targeting a strong finish to the Premier League season with West Brom to boost his confidence for Euro 2016.

The Baggies winger has been used largely as an impact-sub by international boss Martin O’Neill and he says he needs a strong finish to the season to give himself the best possible platform for going to France.

McClean was part of the Ireland squad that went to Poland and Ukraine four years ago for Euro 2012 under Giovanni Trapattoni only to lose all three group games.

After qualifying for Euro 2016 with a confident display against Bosnia & Herzegovina in the playoffs in November, there are high hopes for a better showing this June.

McClean wants to play his part and he says his Hawthorns form will be important in setting him up.

“First and foremost, I want to help West Brom finish as high up the table as possible,” McClean told the Derry Journal.
“We have a lot of quality in the squad and there’s no reason why we can’t do that. We’re in a good position in the table at the minute and we want to crack on now.”

Staying to the fore for Tony Pulis’ side ought to set him up well for Ireland’s Group E campaign against Sweden, Belgium and Italy in France.

“[If] I continue to play well and be included in the team, then that bodes well for the summer,” McClean said.

“I’ll be going to the Euros, if called upon, firing on all cylinders. So, I want to finish the season strongly, get a few more goals and assists so I can take that into the Euros.”