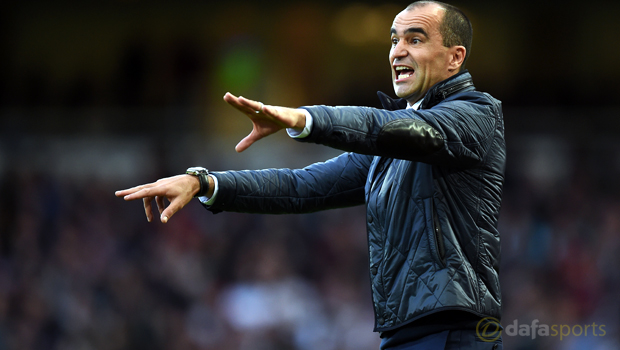 The Spaniard addressed the club’s general meeting on Monday evening and pinpointed the hefty contribution being made by players under the age of 23 this season as proof that the approach is working.

Ross Barkley, a product of the Toffees’ youth system, and Romelu Lukaku, signed for £28million from Chelsea at 21 years of age, have been keen figures this season.

The duo have contributed 14 goals between them already while Everton also fought off summer interest from Chelsea in England defender John Stones.

“There are two major pillars in our strategy and vision. One is making brave decisions to make sure young talent has a big role at the club, and the second one is having continuity to ensure we can work on a daily basis to build something special,” Martinez said.

Players like Barkley, Lukaku and Stones are learning quickly in the first team via the Premier League and Europe, but Martinez is also taking pride in bringing more exciting new faces into his first team.

“Everybody can speak about young players, but the key is how important they are to the team,” he added.

“We have got players like Ross Barkley, Romelu Lukaku and John Stones who we knew would benefit from the challenging season we had last year and also the special time we had in Europe.

“Then we have got Brendan Galloway, who is an example of the elite group we have been investing a lot of time in over two years. And there is also Gerard Deulofeu, who we felt was coming home.”