Yann M’Vila determined to take out Canaries ‘at any cost’ 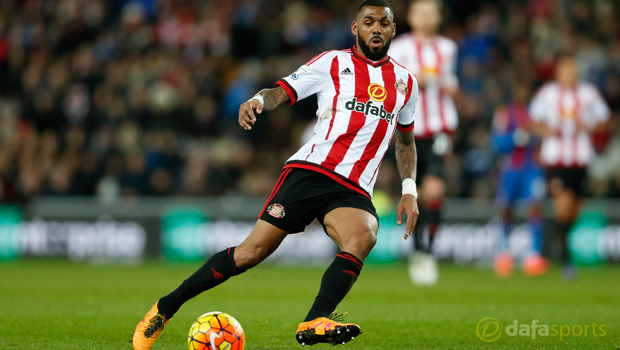 Defeat to league leaders Leicester City at the Stadium of Light on Sunday left Sunderland four points adrift of safety in 18th place in the Premier League.

The Canaries are immediately above Sunderland in the table and Sam Allardyce’s side will make the trip to East Anglia this weekend.

Defeat to Norwich would all but condemn Sunderland to the drop, leaving them seven points in arrears with only five games left to play.

The defeat to title-chasing Leicester was Sunderland’s first in five games. While performances have been good, the Black Cats have still found winning tough.

A sequence of four straight draws ultimately did little to help them move away from danger and, according to M’Vila, they simply must defeat Norwich.

“We have to win against Norwich, there’s no question of a draw. We have to take the points and absolutely have to win at any cost,” he told the Sunderland Echo.

M’Vila feels the game will be played like a cup final given how much is at stake for both teams at Carrow Road. With both clubs under enormous stress, M’Vila concedes that the pressure is more intense on Sunderland given that Norwich have that four-point cushion to protect.

“It’s like a derby, a cup final and we have to approach it like that,” he added. “There will be pressure on both teams, but more on us because there’s four points between us.”