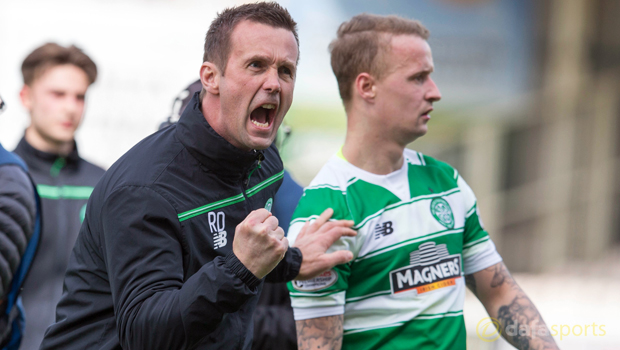 Deila is nearing the end of his second season in charge at Celtic but, with Rangers only securing promotion to the Scottish Premiership in recent weeks, Sunday will be just the Norwegian’s second taste of the Old Firm derby.

Celtic took the honours in a League Cup semi-final clash last season, comfortably running out 2-0 winners at Hampden, and Dalglish says Deila would be wise not to underestimate the Ibrox men now.

“He had his first taste of it last year so he knows what it’s about. He understands Celtic,” the former Liverpool and Blackburn boss said.

“He’s been there for a couple of years. He knows what the club stands for and what this game means.”

Rangers’ journey back to the top table in Scottish football was completed when they won promotion from the Championship after defeating Dumbarton at Ibrox on April 5.

Despite still being a second tier team, Dalglish says there is no less pressure on Mark Warburton and Rangers going into Sunday’s game.

“In an Old Firm game, there is pressure on everybody,” he added. “Nobody is going to grab any bonus points by saying, ‘we’re Rangers, we’re just a Championship team, we’re not under any pressure’.

“Ask the supporters if they are under any pressure. It’s the same for Celtic. Celtic are under pressure because they want to win too.”

Dalglish has been impressed with Rangers this season and insists Celtic must be wary of attacking threats from all over the pitch.

“They have been fantastic this year with the brand of football they have played. James Tavernier at right-back is one of their top scorers with double figures,” he said.

“They have got a really good philosophy under Mark Warburton. But whether that is good enough to compete with Celtic remains to be seen.”