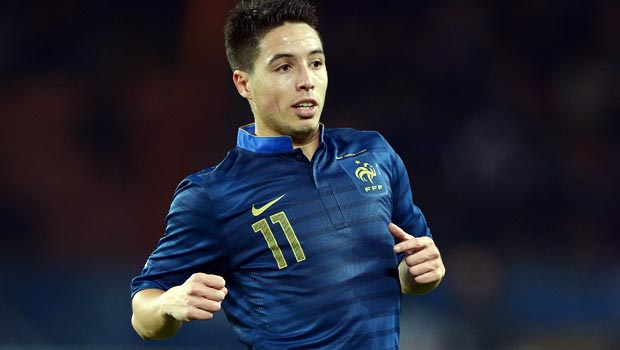 Manchester City’s Samir Nasri has missed out on a place in the 23-man France World Cup squad.

The playmaker did not even make coach Didier Deschamps’ standby list, while club team-mate Gael Clichy was also omitted from the final party.

Nasri’s omission comes as somewhat of a surprise as he has impressed for City this season as they claimed the Premier League title, having managed 46 appearances in all competitions over the course of the campaign.

Deschamps has selected Lyon’s Clement Grenier and Real Sociedad’s Antoine Griezmann, who have just four caps between them, ahead of Nasri, while Bayern Munich star Franck Ribery and PSG’s Yohan Cabaye have also been included.

Nasri, 26, featured in four World Cup qualifiers for France during the 2013/14 season, starting against Finland and the Ukraine, but Deschamps insists he has selected the best squad and not necessarily the best players.

Deschamps said: “Samir is an important player for Manchester City but he has not performed that well with France.

“He is a starter at City, which is not the case with France, and he has made it clear that he is not happy when he is a substitute – and I can tell you it can be felt in the squad.

“I built the best squad, I did not pick the 23 best French players.”

France open their World Cup campaign against Honduras on June 15 and are 1.27 to start the tournament with a win.