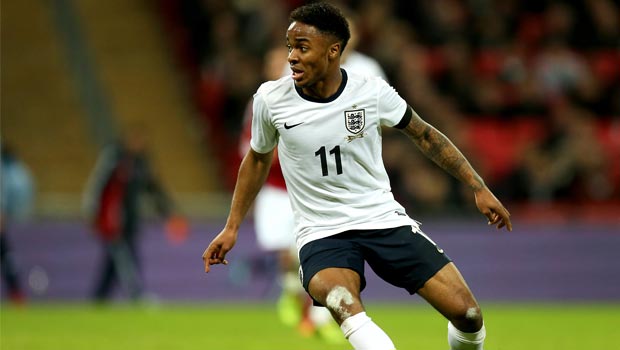 Liverpool boss Brendan Rodgers feels Reds winger Raheem Sterling could be one of England’s star players at the World Cup.

Sterling established himself as a key man for the Anfield side this season, particularly in the latter half of the campaign, as he managed 38 appearances and 10 goals in all competitions.

The 19-year-old has been rewarded for his domestic efforts with a place in Roy Hodgson’s 23-man England squad for the World Cup this summer, and Rodgers is convinced the youngster can star on the international stage.

“I think for Raheem, if he is given the opportunity to play how he can play – he is an offensive player, an attacking player, a creative player who works hard – if he is given that opportunity in whatever position, whether at the point of a diamond or on the sides, he could be one of the stars of the World Cup,” Rodgers told the Times.

“As a 19-year-old boy, let’s not forget he has been one of the top players in the Premier League, which is one of the most competitive leagues in the world, and if he continues to have that confidence to play with no fear he could be a really stand-out player – if he is asked to play that way. That is key.

“He has already shown that he can play in a league that is not just a British league, but one full of world-class international players.

“Sixty-odd per cent of the league is made up of players from around the world and he has already shown that he can play at that level.”

England are 28.00 to win the World Cup having been drawn in Group D alongside Italy, Uruguay and Costa Rica.

England can be backed at 3.00 to win Group D and 2.20 to not qualify for the knockout stages.