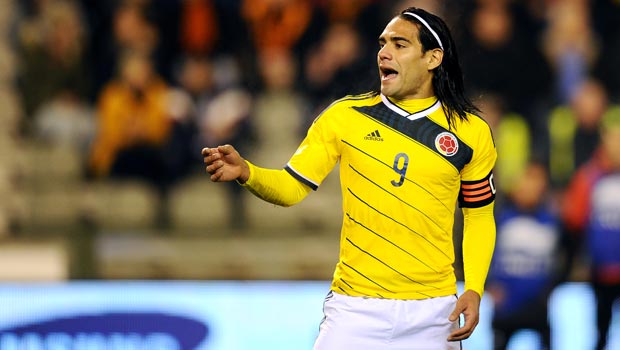 Striker Radamel Falcao has been included in Colombia’s provisional 30-man World Cup squad despite concerns over a knee injury.

The former Atletico Madrid forward sustained anterior cruciate ligament damage in January and has not played since.

The injury had been expected to see Falcao miss the World Cup but the 28-year-old has stressed on a number of occasions that he still hopes to feature in the tournament in Brazil.

Colombia head coach Jose Pekerman has now included the Monaco star in his provisional squad but it remains to be seen if he will be able to prove his fitness and force his way into the final 23-man squad, which must be submitted by the FIFA deadline on June 2.

If Falcao does miss out Colombia will rely on the likes of Sevilla’s Carlos Bacca and Porto’s Jackson Martinez for their goals in Brazil.