2014 World Cup: Messi wants to shine on biggest stage of all 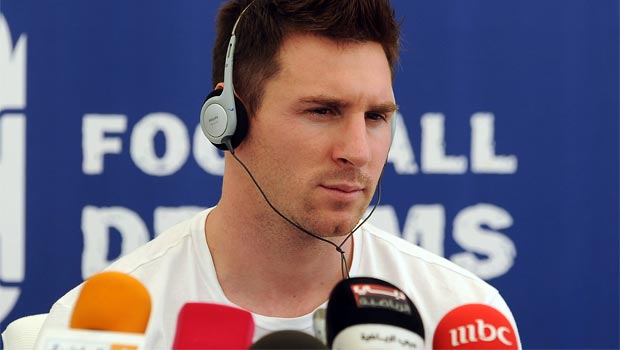 Lionel Messi has admitted it would be a dream come true if he can guide Argentina to the World Cup final this summer in Brazil.

La Albiceleste are one of the favourites to lift the famous trophy at 5.50, behind hosts Brazil who are 3.90 to make home advantage count and win their sixth World Cup.

Argentina’s group, which includes Bosnia-Herzegovina, Nigeria and Iran, is, on paper, one of the easier ones to emerge from and the South Americans are 1.21 to finish top of the pile.

With the likes of Messi, Gonzalo Higuain and Angel Di Maria in their ranks to name just a few, the Argentines look like they have their best opportunity to go all the way in the tournament for the first time since 1986.

Barcelona superstar Messi has won all the biggest prizes at club level with the Blaugrana and now the 26-year-old is hungry to achieve the same success on the biggest stage.

“Winning titles with the team is more important to me than winning individual awards,” said Messi.

“I hope to win everything with Barcelona and obviously I hope Argentina can reach the World Cup final.

“Whether it is against Brazil or whoever it would just be a dream come true to play in the final.”

There has been plenty of hype around Argentina in the past but on numerous occasions the country has underachieved at major tournaments.

However, with their group being relatively simple and with quality in their ranks, there is nothing to suggest they cannot replicate the success of Europe’s former ‘nearly men’, Spain, and enjoy success in the World Cup this summer.