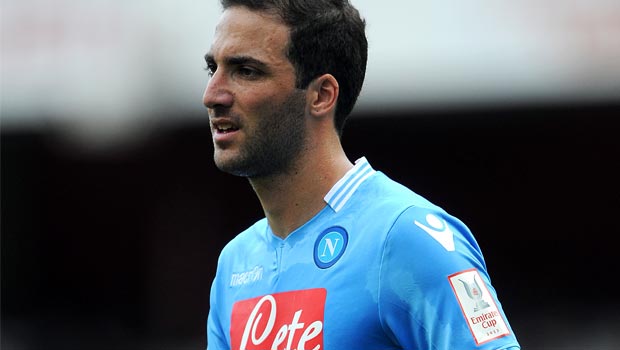 Argentina striker Gonzalo Higuain insists confidence in the camp is high as they prepare to face Romania in Bucharest on Wednesday.

The South Americans are second favourites behind host nation Brazil to win the World Cup this summer and can be backed at 5.50 to lift the trophy in July.

Coach Alejandro Sabella possesses an embarrassment of riches in most areas of the park and is certainly well-served in the striking department.

Higuain has enjoyed a superb season since making the switch from Real Madrid to Napoli, with 20 goals in all competitions already this term, while Manchester City’s Sergio Aguero has looked world class when fully fit.

Add to that a certain Lionel Messi and it is easy to see why the likes of Carlos Tevez does not even feature in the squad, such are the attacking riches in the Albiceleste squad.

The Argentinians last won the World Cup back in 1986 when Diego Maradona was in his pomp and they could be labelled as under-achievers, with tensions in the squad sometimes hampering their progress.

But Higuain is adamant that there will be no such problems this time around and confessed that the world’s greatest sporting event is never far from their minds.

“The squad is great. Every time we all get together, we are happy,” he said.”We are all fully focused on the World Cup and on getting our minds ready for the tournament.

“We have what it takes to have a good World Cup, but we should not talk too much about it now.”

Argentina can be backed at 1.45 to win the game, with Romania priced at 6.77, but the draw at 4.12 might be worth a look when considering the words of Romania coach Victor Piturca.

“We are facing one of the best teams in the world and hope to achieve a good result,” he said.”The goal for the staff and the players is to not lose the game.”