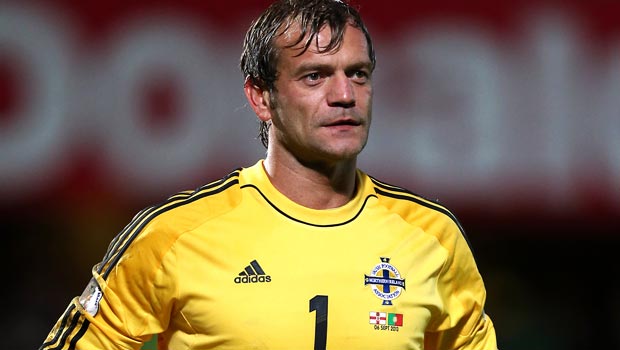 Former Manchester United goalkeeper Roy Carroll has urged the club’s fans to be patient with David Moyes but feels he will need to deliver success sooner rather than later.

Carroll was an interested spectator in the Karaiskakis Stadium as his current club Olympiacos beat United 2-0 in the first leg of their Champions League last-16 clash last week, and will return to Old Trafford on March 19 as the Greeks try to finish the job.

The European loss was one of the lowest points of what has been a disastrous first season in charge for Moyes, since he replaced Sir Alex Ferguson at the helm last summer.

The Red Devils have virtually no chance of qualifying for next season’s Champions League as they sit seventh in the top-flight standings and are 12 points behind fourth-placed Manchester City.

There have been calls for Moyes to be axed but Carroll, who made 72 appearances in all competitions for the north-west giants between 2001 and 2005, feels that the Scot needs to be given time to develop his own team.

“They haven’t changed too many players from the side that won the league, but David Moyes has had a tough start,” he said.”He seems like a nice guy so I hope he does well, but the fans will have to be patient.”

United are next in Premier League action away at West Brom on Saturday, March 8 and are strong favourites at 1.75 to take care of business against a Baggies outfit who have not won in seven games and who can be backed at 4.66 to break that sequence.

And while Carroll hopes that Moyes is given time, the Northern Irishman questions how long the Old Trafford faithful will put up with a lack of silverware.

“I just don’t know how patient United fans can be because they don’t want to do an Arsenal and not win a trophy for that long,” he added.