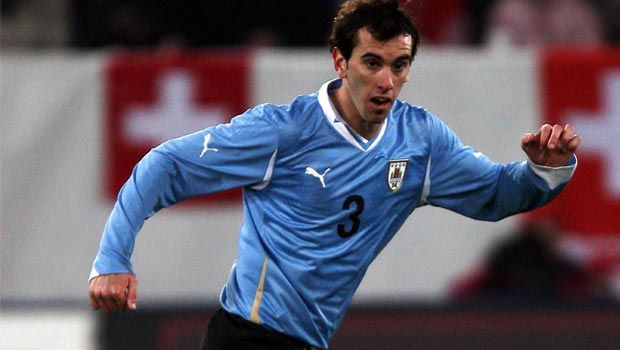 Uruguay defender Diego Godin has warned England that they will have more than just Luis Suarez to contend with when they meet in the World Cup.

The two nations will clash in Brazil in the group stage of the world’s greatest tournament, with Italy and Costa Rica making up the rest of the group.

With only three fixtures to try and secure progression to the knock-out stage, every match is vital and the South Americans will fancy their chance of turning over the perennial underachievers in world football.

England know all about Suarez, as the striker has been tearing up Premier League defences all season for Liverpool, with 24 goals in 23 appearances.

And Godin is happy that he will not have to defend against his in-form team-mate in the summer.

“To have Luis in the team is spectacular because he is an incredible player,” he said. “He is one of the best strikers in the world and is showing now with Uruguay and Liverpool what we have known for many years.”

Suarez will be joined up front by Paris Saint Germain’s Edinson Cavani and veteran hit-man Diego Forlan, who now plies his trade in Japan but has played for the likes of Manchester United and Atletico Madrid.

The England defence will certainly be up against it for the full 90 minutes but Godin insists that his side is far from a three-man team.

“Everyone knows Cavani, Suarez and Forlan but we have a great team beyond the stars,” he added.

“Cristian Rodriguez, who plays down the left, Cristian Stuani, a midfielder with plenty of goals in him, and that’s just a couple. We have a great squad.”