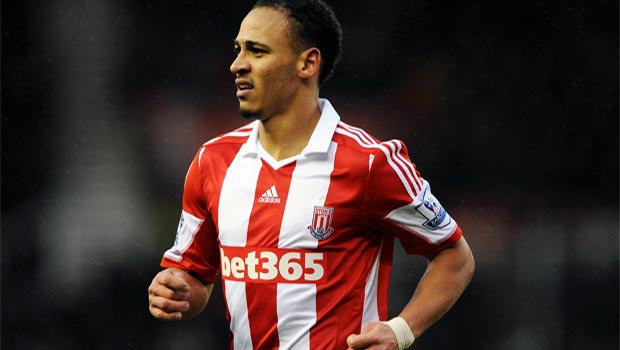 Peter Odemwingie admits victory over Arsenal has given Stoke a shot in the arm and feels they are now looking upwards and not over their shoulders at the relegation zone.

The Potters, who are priced at 18.00 to be relegated, have been around the wrong end of the table all season, but eight points from their past five games has seen them climb to 13th in the standings, with 30 points from 28 games played.

They are now six points above the dreaded drop zone and face a massive clash with Norwich City at Carrow Road on Saturday.

While it is still tight at the bottom, with only 10 points separating basement club Fulham from 10th-placed West Ham, there is now a bit of daylight between the likes of Stoke, Hull, Aston Villa and the bottom three.

And Odemwingie believes last weekend’s shock 1-0 success over the Gunners was the perfect tonic as Stoke, who are on offer at 3.28 to down the Canaries, look to secure their place in the top flight and end the season on a high.

“There is a lot of belief in the team after winning against Arsenal, and it will help us to relax and play better football in our coming games,” he said.

“If we can back up the Arsenal performance, especially away from home, then it is happy days for the club, players and fans.”

The Nigerian arrived at the Britannia Stadium in January after a short and unsuccessful spell with Cardiff, and he feels that he made the right choice with the club now heading in the right direction.

“Since I arrived everything has gone really well, most importantly the results, and now we want to try to finish in the top 10 if we can,” he added.