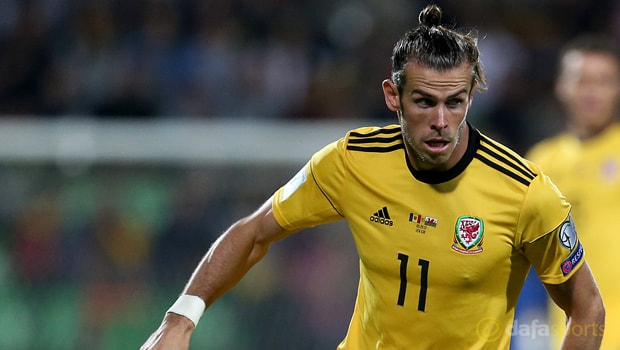 Wales’ hopes of qualifying for the 2018 World Cup have been dealt a massive blow after it was confirmed Gareth Bale will not be available for the two remaining qualifiers.

Wales are currently sitting second in Group D, four points behind leaders Serbia and just one ahead of the Republic of Ireland in third, and a runners-up finish may not even be good enough for a place in the play-off round.

One of the teams that end up second will miss out due to the odd number of groups and the Dragons have the joint-lowest points of sides in that position alongside Bosnia, who are in Group H.

Chris Coleman’s men face an away trip to Georgia on Friday before another crucial clash at home to the ROI on Monday, and maximum points from these two outings could see the Welsh into the play-offs.

However, the absence of Bale, who has been ruled out with a calf muscle strain, has dented their hopes massively and there could be huge pressure placed on the shoulders of Ben Woodburn.

The 17-year-old made a dramatic debut last month, when he scored the winner within five minutes of coming on as a second-half substitute against Austria, and he could be handed his first start.

Real Madrid’s Bale, whose future with the Spanish outfit is said to be uncertain, has scored four of Wales’ goals in qualifying so far, while Arsenal’s Aaron Ramsey and Stoke City’s Joe Allen have both found the back of the net twice.

Coleman’s men are 1.85 favourites to win at Georgia on Friday, a draw is priced at 3.40 while the hosts, who are already out of the running for second place, are 4.75 outsiders.