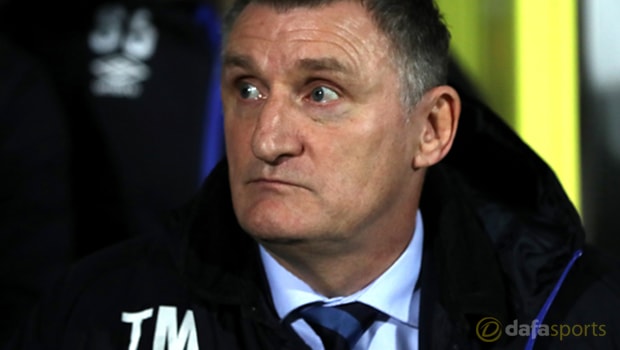 Blackburn Rovers boss Tony Mowbray admits there “wasn’t a lot to be positive about” after his side’s Checkatrade Trophy loss to Bury.

Rovers are second in their group after beating Stoke U23 in their opener, but Mowbray believes if they continue to perform as they did against the Shakers they will struggle.

“I thought it was poor to be honest,” said Mowbray after the match, as reported by the club website.

“If there were any positives then the young boys at the back did alright, stuck to their jobs.

“The goal looked like it was kicked out of the goalies hands but I haven’t watched it back yet. But there wasn’t a lot to be positive about.

“I have to take some responsibility, throwing a team together without doing any work on it. “They looked as if they didn’t have any direction of where to go or how to play.

Many of the lads haven’t played very much this year and then some of boys from the Under-23s, so it looked a very disjointed performance.

“Individually there was a lot of quality out there, a lot of footballers who should have damaged Bury more than they did. But it was an insipid performance, no threat, no goal threat or urgency.

“I expect better and I hope they do. The players know my thoughts and we move on.”

Blackburn are without a game this weekend due to the international break and are next in action on October 14, when they head to Oldham.