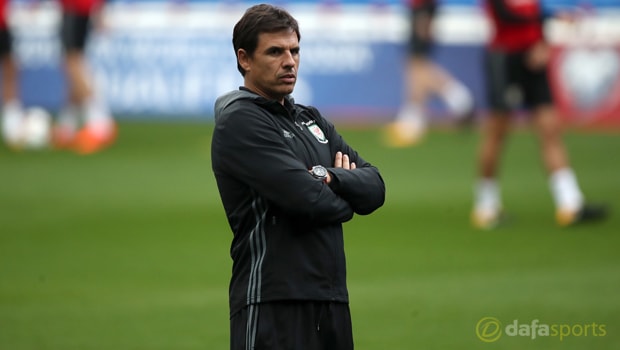 Wales manager Chris Coleman insists he is expecting another tough encounter when his side welcome the Republic of Ireland to the Cardiff City Stadium.

The two teams will meet on Monday evening, in a game being dubbed an “all or nothing” contest ahead of the 2018 World Cup in Russia.

The winner of Monday’s game will be assured at least second place in Group D and that will give either side a chance of securing a play-off spot.

Wales are currently second and one point above Ireland and a draw for Coleman’s men will be good enough to guarantee second spot.

Coleman’s men beat Georgia on Friday night, while Ireland secured a 2-0 victory over Moldova to put the pressure on their rivals.

In their first clash in March, Ireland defender Seamus Coleman broke his leg after a challenge from Neil Taylor and former Fulham coach Coleman is ready for another tough night.

He told reporters: “We know what the Republic are good at. But this is the last game of the campaign, all or nothing for both teams.

“So even without the unfortunate incident in Dublin with Tayls and Seamus, this was always going to be a game where there will be two teams locking horns.

“There will be lots of contact in the game, it will be physical, good players, and not much in it.

“We’re just going to go with our game-plan and make sure we’re 100 per cent focused on doing what we’re good at.”

Wales are 2.40 to grab the three points, with the draw 3.20, while Ireland can be backed at the same odds to win away from home.