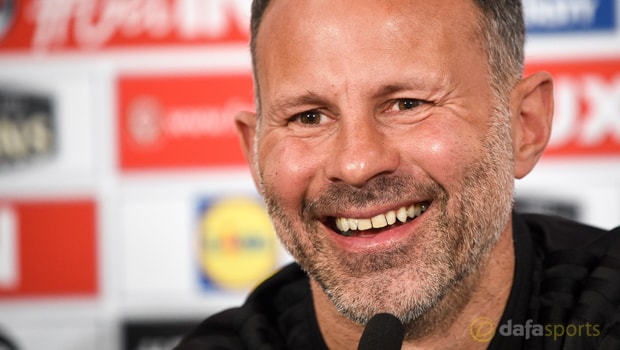 Wales head coach Ryan Giggs believes young players should be given a chance to shine on the international stage although he insisted youth needs to be balanced with experience.

Former Manchester United winger Giggs was handed the reins of the Welsh national team on January 15, 2018, succeeding Chris Coleman, who had left his role to take the Sunderland job the previous November.

The 44-year-old, who won 13 league titles with the Red Devils during his playing career, made a brilliant start to life with the Dragons’ hotseat after guiding his country to a 6-0 win over China in March.

A 1-0 defeat then followed at the hands of Uruguay but, in both matches, Giggs opted to use the more experienced players like Joe Allen, Ashley Williams and Andy King.

Next up for Giggs is a friendly against Mexico in California on May 29 and the head coach is without Bale, Allen and James Chester for the clash in Pasadena.

The Cardiff-born star has given an indication he will select a more youthful side for the upcoming outing although he stressed the importance of keeping a good balance with more experienced players.

“I believe in giving youth a chance,” Giggs was quoted as saying by Sky Sports.

“The experienced players are important in that respect too and they were in China. They came into the team and helped the younger guys along.”

Giggs will be aiming to guide Wales to the 2020 European Championships when qualifying gets underway and the Dragons are currently priced at 67.00 to win the tournament.