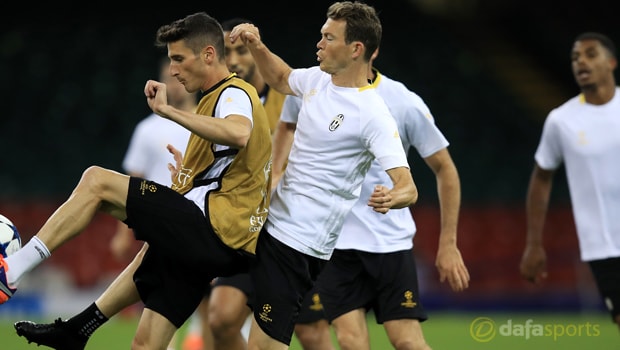 Juventus full-back Stephan Lichtsteiner has rubbished reports claiming he has agreed on a move to Borussia Dortmund whilst he also ruled out a switch to China.

Switzerland captain Lichtsteiner, who is expected to be part of Vladimir Petkovic’s 2018 World Cup squad for the major event in Russia this summer, will leave the Old Lady when his contract expires at the end of June.

The 34-year-old’s departure brings an end to a seven-year stay in Turin but he leaves after enjoying a fantastic time with the club, having won seven Serie A titles, three Supercoppa Italianas and four Coppa Italias.

He has no plans to hang up his boots just yet and the right-back, who can also be deployed further up the pitch, is said to be a target for several top European clubs this summer.

Bundesliga outfit Borussia Dortmund are said to be showing a big interest and there were claims BVB had already agreed on terms with the Swiss over a free transfer to the Westfalenstadion.

However, Lichtsteiner has poured cold water over these reports and insists no decision has been made on where he will be plying his trade in the next campaign.

“I’m not going to Borussia Dortmund,” he told Blick. “We didn’t find an agreement, there’s nothing more to say about that.

I’ll definitely never go to China. I don’t chase money and I need a place where I’ll have a good quality of life.

“My wife and children have to be happy and that wouldn’t be the case in China. I don’t need more money.”

Lichtsteiner could be given a farewell outing in Juventus’ final league match at home to Verona on Saturday and the hosts are firm 1.07 favourites to win, a draw is priced at 10.00 whilst the visitors are massive 29.00 outsiders.