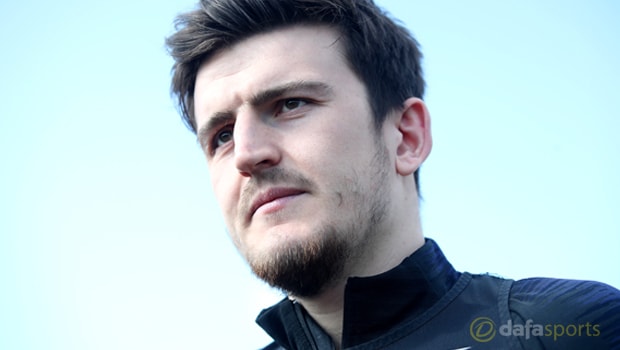 Former Leicester City defender Matt Elliott believes Harry Maguire has put himself in the box seat to start for England at the 2018 World Cup in Russia this summer.

Maguire joined the Foxes last summer from relegated Hull City and he has instantly become a permanent fixture in the first team this season, making 32 Premier League appearances and scoring two goals.

The 25-year-old, who started his professional career at Sheffield United, has also broken onto the international stage, earning four caps for England, and a place in Gareth Southgate’s squad for the major tournament in Russia looks certain barring injury.

With Chelsea’s Gary Cahill seeing limited playing time this term for the Blues and Manchester United duo Chris Smalling and Phil Jones receiving criticism for some of their displays, a starting spot for the national team is on offer.

Elliott, who played for Scotland from 1997-1991, believes Maguire has come on leaps and bounds this season and is likely to start for the Three Lions at the World Cup.

“Maguire looks really comfortable on the international scene, both defensively and creatively on the ball from defensive positions,” he said.

“I think he’s surprised quite a few people with how quickly he’s settled into the international setup while he’s been in the squad.

“I think he’ll be in the starting line-up the way things are going.”

Maguire will be in action on Saturday when Leicester make the trip to Turf Moor to take on Burnley and the visitors are a 3.00 chance to come away with all three points, a draw is priced at 3.20 whilst the hosts are 2.60 favourites.